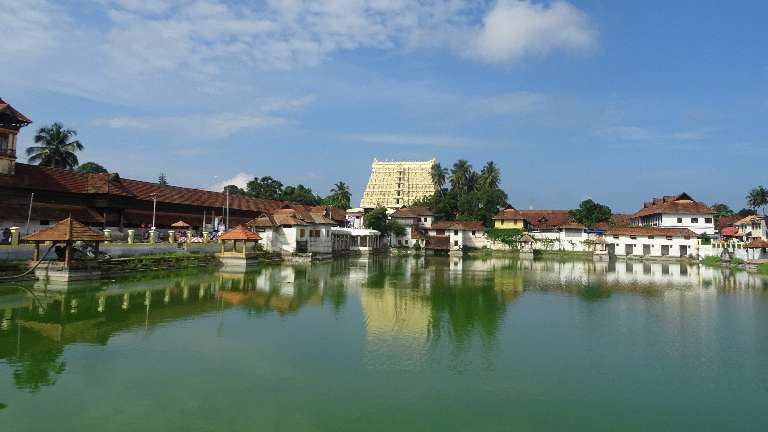 Sree Padmanabhaswamy Temple is in the capital city of Thiruvananthapuram ranks high on most visitors’ itineraries. This historical temple is a blend of Kerala and Dravidian styles of architecture. It is also widely believed to be the world’s richest temple.

The temple celebrates two main festivals. One is the Alpasi Utsavam and the other is the Painkuni Utsavam.

The principal deity of the temple is Lord Vishnu. The idol is in the Anantha shayanam posture, the eternal yogic rest posture on his serpent Adisheshan. Along with exquisite and intricate works on stone and bronze, the interior of the temple is bedecked with beautiful murals. These include life-size images of Lord Vishnu in a reclining posture, Narasimha Swamy (the half-lion, half-man incarnation of Lord Vishnu), Lord Ganapathy and Gaja Lakshmi (Goddess Lakshmi with elephants).

The above-indicated time schedule is subject to changes during festivals and other special occasions. During the festival occasions the darshan time is reduced in order to performing the special poojas

The origin of the Temple of Sree Padmanabhaswamy is lost in antiquity. It is not possible to determine with any exactitude, from any reliable historical documents or other sources as to when and by whom the original idol of Sree Padmanabhaswamy was consecrated. The Temple has references in Epics and Puranas. Srimad Bhagavatha says that Balarama visited this Temple, bathed in Padmatheertham and made several offerings. Nammalwar, 9th century poet and one among the 12 Vaishnavite saints of the Alvar tradition, has composed ten hymns in praise of Lord Padmanabha.

Some well known scholars, writers and historians, like the late Dr. L.A.Ravi Varma of Travancore, have expressed the view that this Temple was established on the first day of Kali Yuga (which is over 5000 years ago). The legends of the Temple are handed down through the centuries. One such legend which finds a place in the old palm leaf records of the Temple, as also in the famous grantha entitled “Ananthasayana Mahatmya”, mentions that it was consecrated by a Tulu Brahmin hermit named Divakara Muni. On the 950th year of Kali Yuga a reinstallation of the idol was done. In the 960th Kali year King Kotha Marthandan built the Abhisravana Mandapam.. 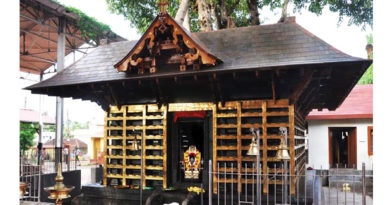 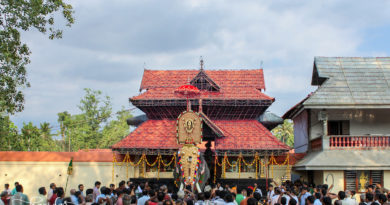 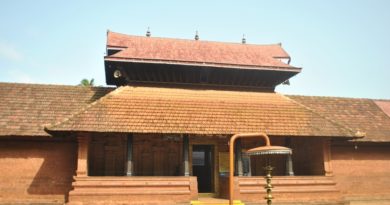