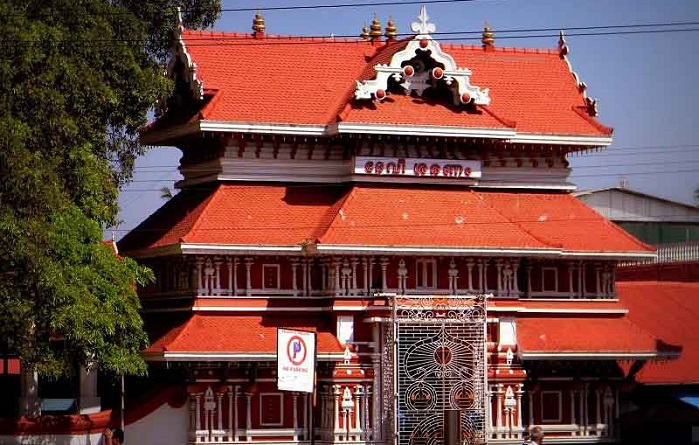 Paramekkavu Temple Situated at round east – outskirts of the Vadakumnathan temple ground – Paramekkavu is the dominant partner of Thrissur pooram. The main deity is “devi” (vaishnavy – among sapthamathrukal). As per legend, devi came with “Kuruppal” (head of an aristocratic Nair family) from Thirumadhamkunnu (famous sapthamatha temple in malappuram district some 80 kms from Thrissur) on his umbrella. There is a “mekkavu” in this temple in which is the “Kodungallore bagavathy” as per another legend. Besides pooram “Vela” is another main function.

ABOUT THE FESTIVAL (Legend/History/Myth)
The early history of the temple is not traceable as the temple is so ancient. Legend says that a Karnavar (elder member) (nair family) of Kuruppal Tharavad (nair family) used to visit Thirumandhamkunnu Bhagavathy regularly. When he became old, he had decided to make a final visit and to discontinue his further routine visits. He sought permission of the Goddess for the same through his prayers and returned. On his return journey, he took rest below an Ilanhi tree near Vadakkunatha temple. When he tried to take his palmyrah umbrella, he could not take it as it fixed on the earth.

As he original seat of the Goddess was beneath the Illanhi tree at the Vadakkunatha temple, the first lit of temple lamp is shown in the direction of Illanhi tree every day. The famous Illanhi Thara Melam in connection with Thrissur Pooram is in reverence of Goddess. The temple complex has two shrines; Paramekkavu and Melekkavu. The legend behind the Melekkavu narrates as follows. In ancient days there was a practice of offering guruthi ritual by people of the Kizhakkumpattukara desom (village) on the ground near the present Paramekkavu temple. Animals and birds are killed in connection with the guruthi ritual. When slaughter of animals was prohibited the system of offering guruthi discontinued.

A devaprasna held in 1960 recommended its revival and suggested to offer the guruthi ritual on the festival day of Kodungallur Bhagavathy temple. Later, an idol of the Goddess got from the temple tank and it was consecrated at the place where guruthi ritual was performed. A shrine was also built there in 1997 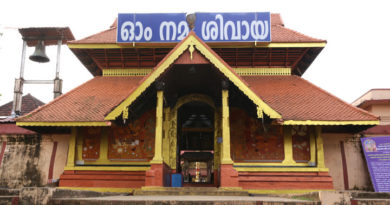 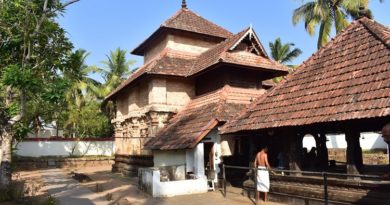