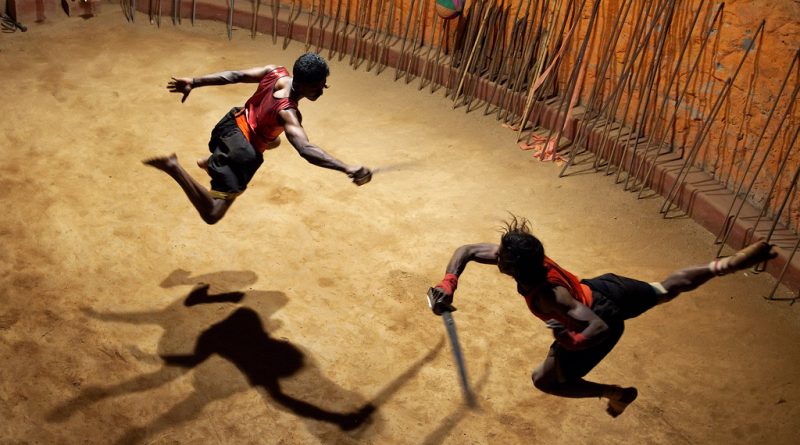 The martial art of Kerala “Kalaripayattu”-is regarded as one of the oldest and most scientific martial in the world. Training is given in “Kalari” (training school). The training in martial arts begins with an oil massage to make the body agile and supple. Feats like “Chattom” (jumping), “Ottam” (running), (Somersault) etc are taught followed by lessons in the use of weapons like daggers, swords, spears, maces, bow & arrow and so on.

Kalaripayattu – the orients treasure trove, a gift to the modern world and the mother of all martial arts – Legend traces the 3000-year-old art form to Sage Parasurama- the master of all martial art forms and credited to be the reclaimer of Kerala from the Arabian Sea. Kung- fu, popularized by the monks of the Shaolin Temple traces its ancestry to Bodhi Dharma – an Indian Buddhist monk and Kalaripayattu master.

Kalaripayittu originated in ancient South India in the present day state of Kerala. Crafted in ancient South India drawing inspiration from the raw power and sinuous strength of the majestic animal forms – lion, tiger, elephant, wild boar, snake, and crocodile … Kalaripayattu laid down the combat code of the Cholas, the Cheras and the Pandyas. Shrouded in deep mystery and mists of secrecy Kalaripayattu was taught by the masters in total isolation, away from prying eyes.

Following the collapse of the princely states and the advent of free India – Kalaripayattu has lost its significance as a mortal combat code. In a resurrection, Kalaripayattu is today emerging in a new avatar – an ancient art form – a source of inspiration for self-expression in dance forms – both traditional and contemporary, in theatre, in fitness and in movies too. 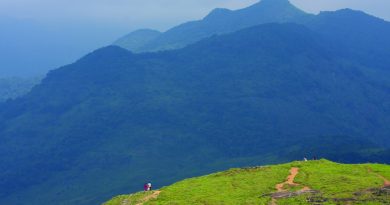 Kerala- Place to Be Called As Paradise on Earth 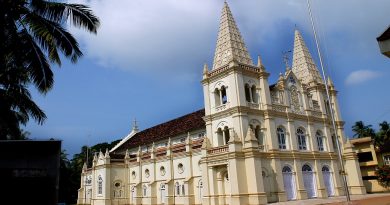 Temples and Church in Cochin

A Journey through the zig-zag backwaters of Kerala