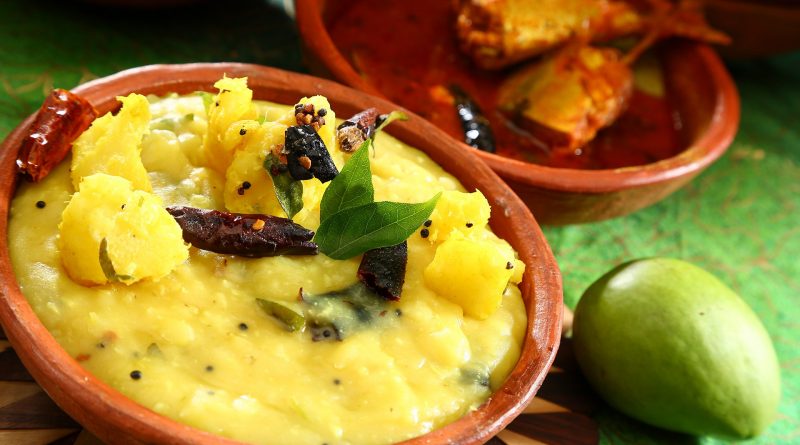 Contemplating the true aspects of keralian culture, its cuisine has also been influenced by numerous its unique tradition. Kerala cuisine encompasses a stimulating combination of vegetables, meats and seafood flavored with a variety of spices and almost always cooked in coconut milk. Spices are used in Kerala to tone up the system and act as an aid to the digestion.

The unusual cuisine of Kerala brings to the fore the culinary expertise of the people of Kerala. Producing some of the tastiest foods on earth, the people of Kerala are gourmets with a difference. The cuisine is very hot and spicy and offers several gastronomic opportunities. The food is generally fresh, aromatic and flavored. Keralites are mostly fish-and-rice eating people.

The land and the food are rich with coconut, though one can’t imagine Kerala food without chilies, curry leaf, mustard seed, tamarind and asafoetida. Just a pinchful of tamarind can substitute tomatoes, but there is no real substitute for curry leaf. Since time immemorial, coconut has been an integral part of the cuisine of Kerala. These people put to good use whatever the land offers and the result is a marvellous cuisine that is simple yet palate tickling.They relish equally a dish as simple as ‘kanji’ (rice gruel) or as extravagant as the ‘sadya’ (feast).

A typical Kerala feast, referred to as sadya, is spread out temptingly on a clean green banana leaf. And the food is to be eaten with the fingers. Even the dessert, payasam, that tastes like rice pudding, is served on the leafy plate. The culinary efforts of the different communities of Kerala come out in distinctly different dishes of great variety. While Hindus specialise in delicious vegetarian food such as sambar, rasam, olan, kaalan, pachadi, kichadi, aviyal, thoran etc.

The Muslims and Christians excel in non vegetarian cuisine. The pathiri, a sort of pancake made of rice flour, and biriyani which is rice cooked along with meat, onions, chillies and other spices are Muslim culinary delights. Christians have interesting recipes to make an array of fish dishes such as meen pollichathu, fish molee and so on. Christian cookery specially caters to people with a sweet tooth – crunchy kozhalappam, achappam, cheeda, churuttu etc.

A typical Kerala breakfast may be puttu, which is rice powder and grated coconut steam-cooked together, idli and sambar, dosai and chutney, idiappam (string hoppers), or the most delicious of them all, the appam, a kind of pan cake made of rice flour fermented with a small amount of toddy (fermented sap of the coconut palm) which is circular in shape, rather like a flying saucer, edged with a crisp lacy frill. It is eaten with chicken or vegetable stew. Kanji (rice gruel) and payaru (green gram), kappa (casava) and fish curry are traditional favourites of Keralites.

Almost every dish prepared in Kerala has coconut and spices added to it – spices such as cinnamon, cardamom, ginger, cloves, garlic, cumin, coriander, turmeric etc. Spices are used in Kerala to tone up the system the way wines aid the digestion of western cuisine. The juice of tender coconut – ‘world’s safest natural soft drink’ – is a refreshing nutritious thirst quencher. The staple food of the masses is rice. Kerala cuisine also has a medley of pickles and chutneys.

The crunchy papadams, banana chips jack chips can give french fries a run for their money any day. 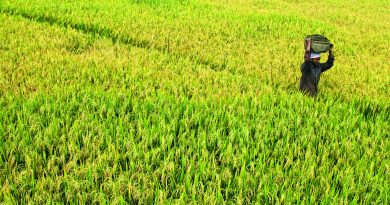 A journey to meet mother nature 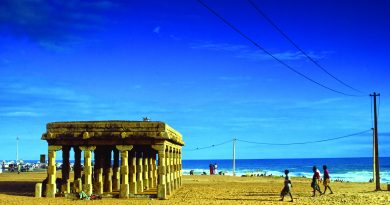 Explore the Colourful Facets of Kerala 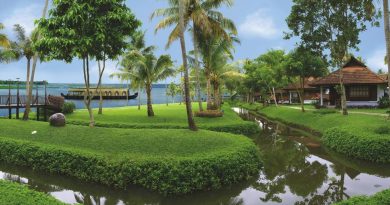 Top Tourist Places to Visit during Munnar Tours and Holidays