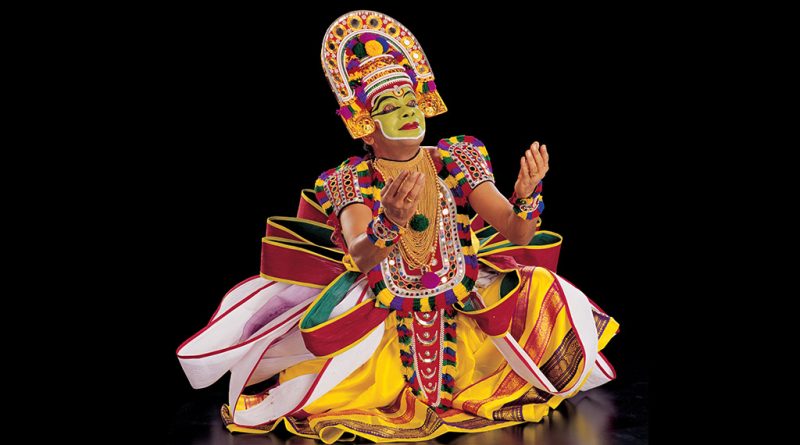 Thullal is a solo performance combining the dance and recitation of stories in verse. Staged during temple festivals, the performer explicates the verses through expressive gestures. The themes are based on Indian mythology.

Ottanthullal is one of the most distinguished of all the Thullal arts. The origin of Ottanthullal is really interesting – Kunchan Nambiar, the drummer, was playing Mizhavu for Chakyar koothu. One day, against all precedence, he happened dozed off by sheer inactivity caused by a prolonged talk by the Chakyar after a recital of poem that needed the rhythmic support.

When the Chakyar abruptly started reciting another lyric, having had no rhythmic response from the drummer looked back and found him dozing. He not only got him up but also ripped him down by humiliatingly sarcastic comments and jokes on his person.

Nambiar hanged his head in shame and silently walked off. Instead of crying over the incident in self-contempt, he sat through the whole night, with a vengeance, and wrote a poem depicting an episode from Mahabharatha in a never-to-fore metric and rhythmic pattern. He also devised a special kind of dance for its exposition.

The legend is that he presented it the very next evening at the same temple where he was humiliated on a different platform at the same time the Chakyar had begun. By the novelty, wittiness, enjoyableness and acridity of the programme he attracted all the audiences that had surrounded Chakyar to his show. It was the birth of a new art form that he named as “Ottanthullal”.

Impressive costume down the waistline and colourful crown are copied from Kathakali, with slight variations. Ornaments are made up mainly of tender leaves of coconut and beads. It is a solo dance with the artiste himself singing the verses to the accompaniment of Mridangam and timing with a refrain repeater singing in the background. Usually the performance lasts a couple of hours 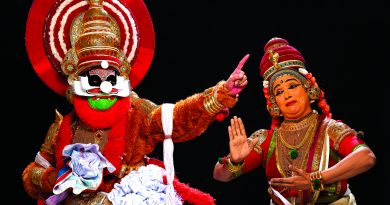 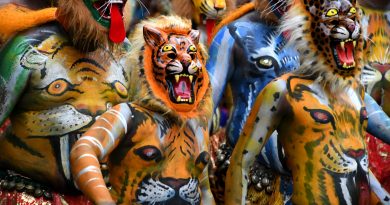