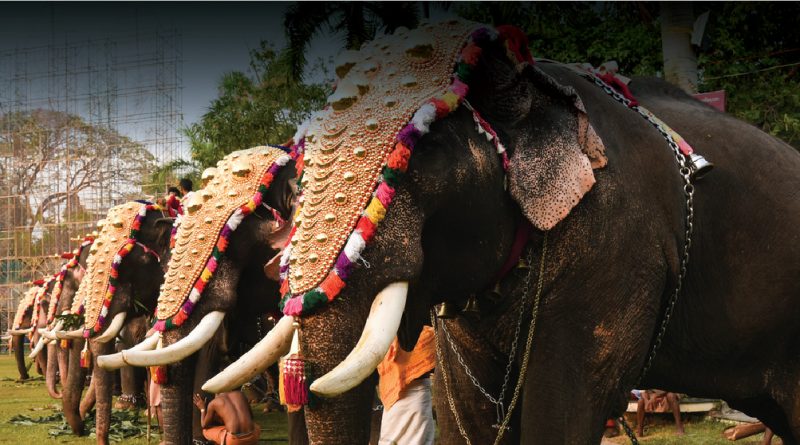 The Guruvayur Temple, naturally is the main centre of attraction here. The temple can be entered from four gateways, the eastern nada being the main one. All gateways lead to the place where the idol has been enshrined. The walls are covered with innumerable delicate paintings and carvings. In addition to the main deity of Lord Krishna, the temple houses other idols of Sree Ayyappa, Ganapathy and Edathedathy Kavil Bhagavathy.Non-Hindus are not permitted to enter the temple.

Punnathur Kotta
Punathoor kotta which is 2km from Guruvayur, is the largest elephant park in the world with over 60 elephants. The devotees of Guruvayurappan have donated all of them. Brought as ritual offerings to the temple, these elephants are groomed at this fort. It is an interesting site to visit as one gets to see at close quarters so many tuskers together

Guruvayoor Temple:
Located 29 km north-west of Thrissur District in God’s Own Kerala, Guruvayur is one of the most important pilgrimage centers of South India. Guruvayur is also called the Bhooloka – the heaven on Earth
The square Sreekovil is the sacred sanctum Sanctorum of the temple, housing the main deity of Lord Krishna, an incarnation of Lord

It is at this temple that Melpathur Narayana Bhattathiri composed his well-known Sanskrit devotional poem ‘Narayaneeyam’. The temple is renowned for its healing powers. Several offerings are made to the deity here from the simple ‘Archana’ (offering of flowers) to the expensive and elaborate ‘Udayastamana’ pooja or ‘Thulabharam’ where a devotee is weighed against offering of bananas, sugar, jaggery or coconuts
Guruvayur is the site for weddings and Annaprasanam, the first feeding ceremony of a child.

The idol of Guruvayoor temple was carved out of “Pathalanjana Sila is considered extremely sacred. Mahavishnu in Vaikunta once worshiped this idol of Guruvayur. Vishnu handed it over to Brahma

Legend has it that King Suthapa and his wife Prisna were childless worshipped Brahma devotedly for a child. Brahma then handed over this idol to them advising them to worship it ardently. Lord Vishnu appeared before them and blessed them that he himself will be born to them in three re-births, in thee different forms in three different situations.

Suthapa and Prisna gave birth to in their next birth, they were re-born as Kashyapa and Adithi, giving birth to Vamana. The third rebirth was as Vasudeva and Devaki. Lord Krishna was born as their eighth son. In the long run, Krishna himself installed this idol in Dwaraka and worshipped it. 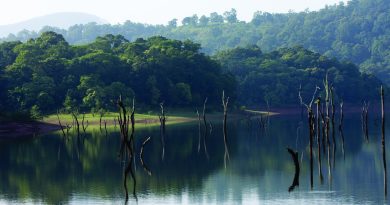 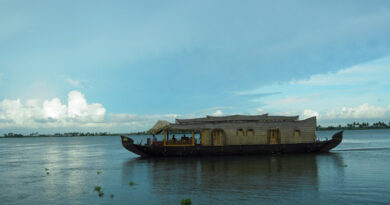 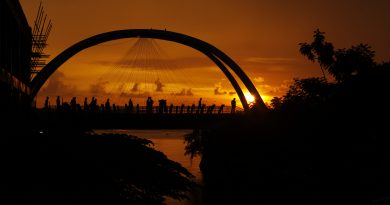 Its time for the great Mahabali to visit his country men! Its time to prepare a sweet smelling Pookalam with