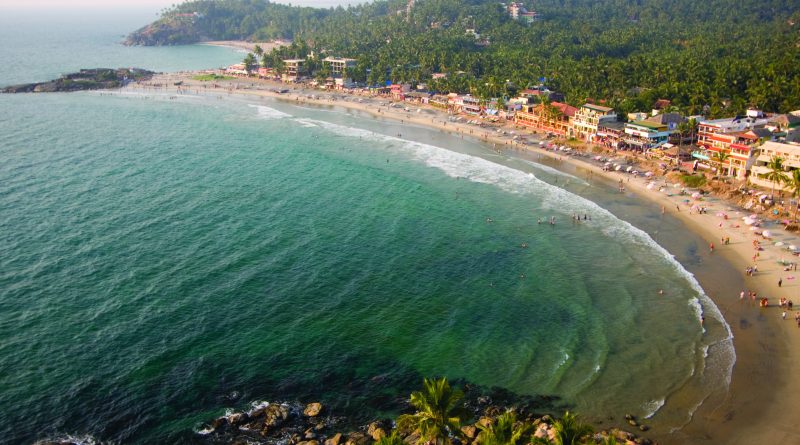 Kovalam is perhaps the most sought after beaches of Kerala, attracting from all over the globe since the 1930s. Enjoying a lazy afternoon on the beach as the sun works an exotic tan on your skin, is an experience in itself. The few ayurvedic spas around the clear blue water many exotic massages and naturopathy treatment. Many resorts here have several known artists performing during the early evenings.

This beach has lovely coconut palms fringe the golden sands. Foreigners throng Ayurvedic parlors, yoga and meditation centers, that have sprung up all over the place. There are a number of beach resorts in and around Kovalam. The sea port of Vizhinjam is about 3 km away and famous for its special varieties of fish, old Hindu temples, big churches and a Muslim shrine.

It was among the most prominent tourist spots in India during the hippy era. It still has a high status among tourists (mostly European) even now the glory of this beach attracting more and more tourists(western). Kovalam is finding a new significance in the light of several Ayurvedic salons, and recuperation and regeneration resorts which provide a slew of Ayurvedic treatments for the tourists. The sands on the beaches in Kovalam are partially black in colour due to the presence of ilmenite and . There are two main beaches at Kovalam, separated by a high cliff. There is beach. The normal tourist season is from November to March.
.HOW TO GET THERE : 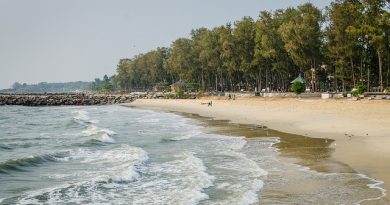 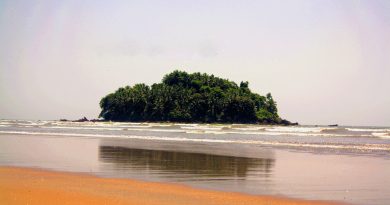 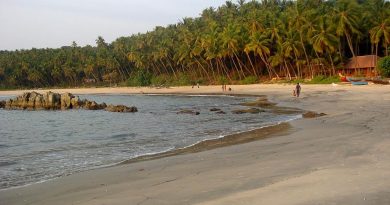